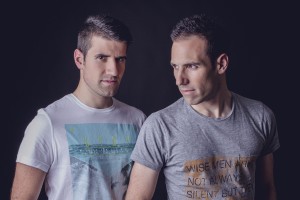 Airlocksound is the result of the fusion from different sound streams -indie, trip hop, orchestral and electronic- with a strong influence of the european DJ scene. Behind this brand, there is a Spanish duo consisting of Alberto Gonzalez and Fernando Gonzalez, both producers, engineers and brothers leading all the process of composition, production and mastering.

Each piece and each melody are intended to be unique. With a careful and meticulous production, tracks are fresh, powerful and electronic, heading a style that calls for rebellion and creativity.

Airlocksound takes advantage from the experience in previous several music projects and present a hallmark sound from start to finish.

In December 2012, the duo released his debut EP called ‘Unlocked’, a musical journey through four original songs. During the next two years, they were actively working with DJ Tango, producer and radio host in La Isla ãbest Spanish live radio program in 2011, 2012, 2013 and 201 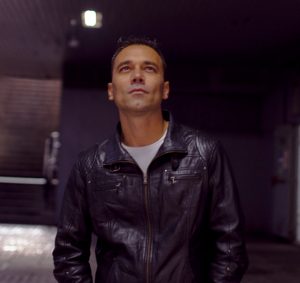 4 by Vicious Magazine-, carrying out reworks for ãAnother Lifeã and ãResilienciaã and directing the electronic music podcast ‘On Board’ during 2014.

In December 2015 they released ãUnexpectedã, a second EP including the songs ãDesireã and ãRebelã. Two tracks with powerful baselines and electronic sounds to produce an evocative and epic atmosphere.

In 2016, Sixto Fernandez (DJ Tango) joins the team as keyboardist to perform live and by the end of year, an extended edition of ãUnexpectedã was released with two live versions and a special new edit.

Throughout 2017 Airlocksound performed at the main venues in Madrid, several music events and Mulafest festival. In that summer, they also released ãTimeã together with Eme DJ, ãa fresh and catchy track, a summer hitã, according to DJ Mag Spain. ãA very danceable and sophisticated indietronicã ã Mondosonoro. The song overcomes the 800.000 plays on Spotify.

In 2018 the duo published ‘Unexplored’, an EP that takes you higher. ‘Signs of Adventure’ and ‘Mission on Mars’ celebrate freedom of creating your own adventure. One year after the original release they presented a reedition of ‘Time’, including a reimagined version and the extended one.

And now, brothers are back with ‘Untagged’. It is a very close look to something is no longer the same. ‘About a Better Me’ and ‘Love’s the Deal’ are two brand new songs reflecting the necessary change to continue being oneself.